I’d never been to the ‘Heineken Experience’ before, despite having visited Amsterdam a several times. I’d not really been too bothered by it on previous visits to the city, but I did have some questions. How does it compare to the Guinness Storehouse? How does it compare to a tour of a small craft beer brewery? I’d also seen other beer fans I follow report that they’d actually enjoyed themselves, surprisingly, which further piqued my interest.

Heineken was first established in Amsterdam in 1864, when Gerard Adriaan Heineken bought the Haystack Brewery in the centre of town.

A larger, more accessible brewery  was soon needed, and in 1867 a brewery was built further from the centre of town with more modern facilities.

The Heineken Experience is housed where this brewery was, although I am sure the buildings have had some modifications and changes since then.

This brewery was in use until relatively recently – it was brewing up until 1988. After this, it opened as a full-time museum in 1991. This is the spiritual home of modern Heineken beer, what with it being used to utilise bottom-fermenting lager yeasts.

The building itself is an impressive industrial structure, vastly different from the pretty narrow houses that line Amsterdam’s canals. It reminded me partially of buildings like Battersea power station, with their purposeful and powerful stance, further enhanced by their impressive brickwork and lack of large windows.

The museum has evolved over time. Technological innovations and added additions resulted in museum to become a branding and entertainment fuelled ‘experience’.

A refurbishment in 2008 resulted in most of what can be seen today.

I took along a group of buddies at a fairly busy time on Saturday afternoon, without having booked. We decided to go for it, despite the queue. We need not have worried though as we were soon herded in.

We joined the tour at the rear of an almost unmanageable-sized group. It was not an issue really as there were only several points where things are demonstrated and it was not like some tours where you follow an individual round the brewery.

The first part of the tour explains the history of the brewery, with an enthusiastic young chap showing off the medal awarded at the 1889 World Fair. This took just a few minutes, then the group split as they progressed at their own pace.

If you want to read more about the history of Heineken, this site has some excellent information and old images, mostly taken from the Heineken collection. The evolution of technology, culture and branding interests me, so I was fascinated by changing tastes and the style of advertising.

It is in English as well as dutch so there are no problems with reading all of the information, should you wish to. 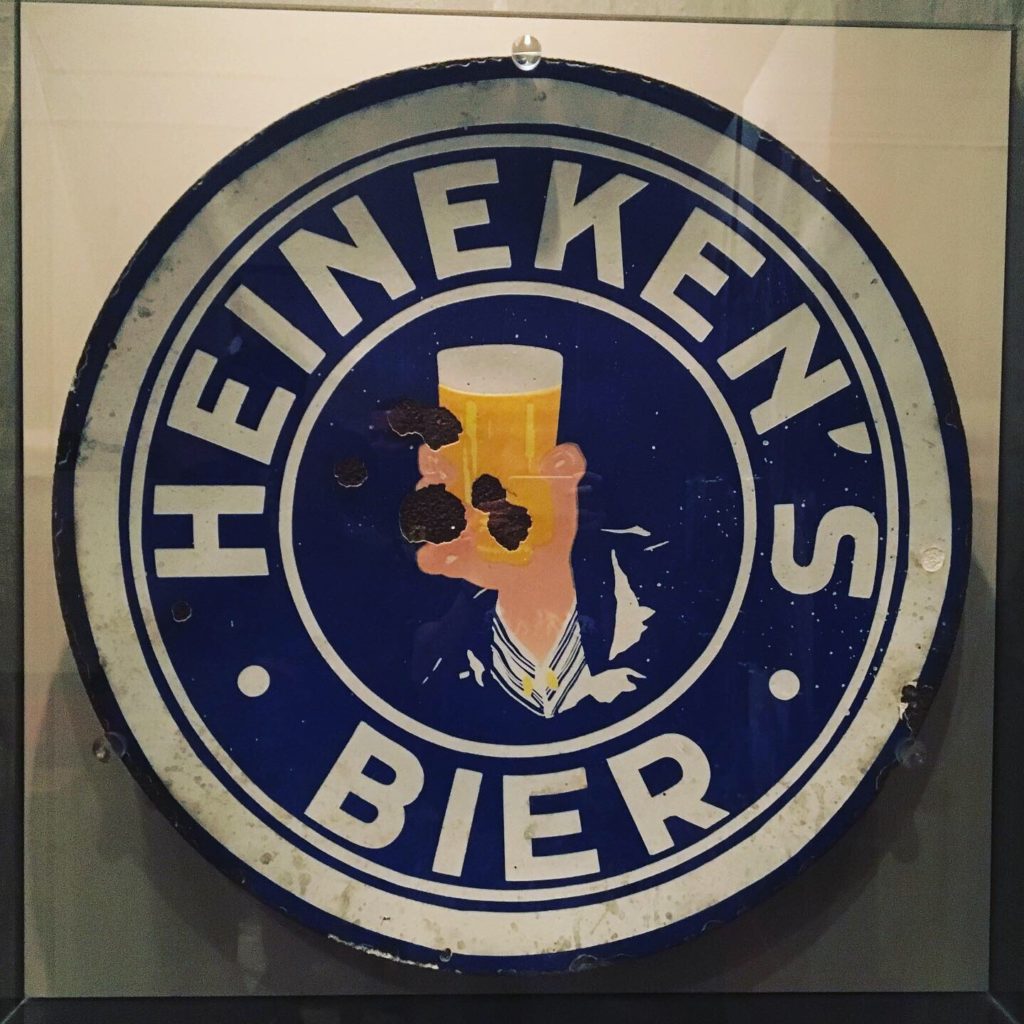 Not too much is covered regarding the ingredients, processes or quantities used. Is it a secret? But it does have a part on the chemistry element and the work involved to isolate and cultivate the their precious Heineken ‘A’ yeast strain. This would have been cutting edge at the time.

No mention of lagering time is stated from what I could see and a lot of the part about modern brewing is all quite basic.

However, this is somewhat understandable on an attraction like this catering for a wide audience of different ages. There’s not too much old equipment to see, but there are still some mightily impressive retired copper vessels, which are now used to pose in front of instead of being used to produce any beer. 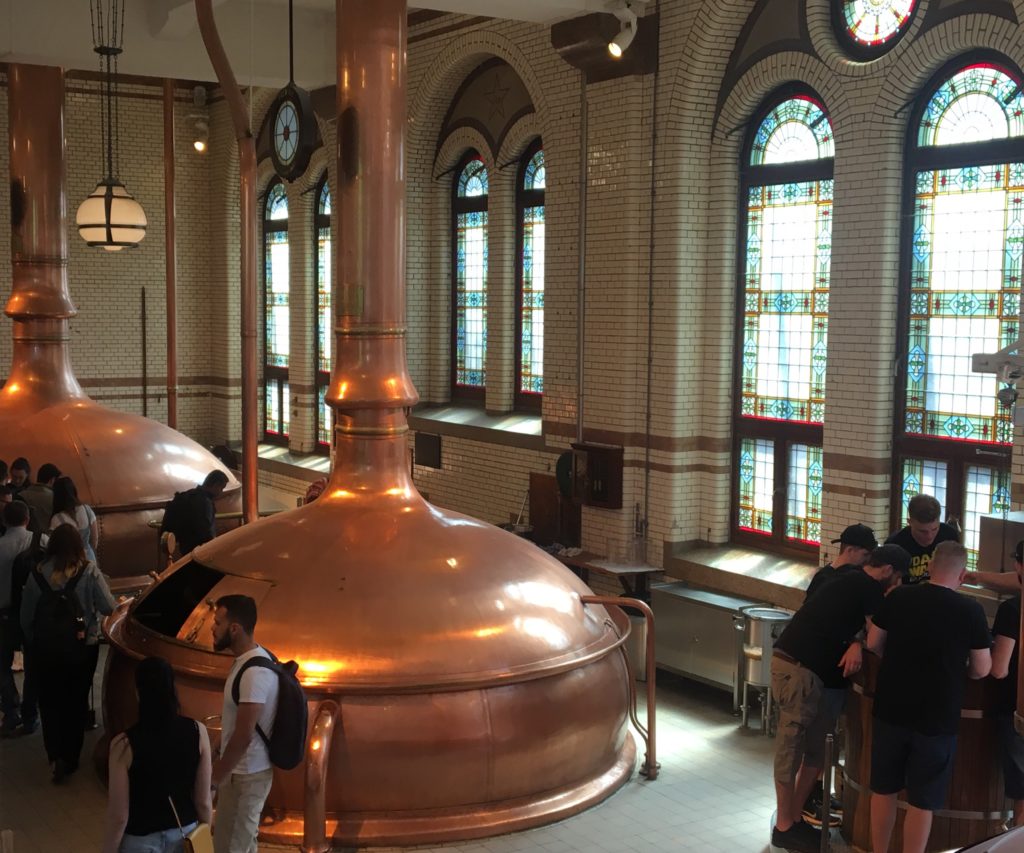 This museum side of the tour ends with a quick visit to the stables to say hello to their dray horses which I was happy to find are still used for shows.

The next part uses all kinds of immersive tech to ‘make you into a beer. It’s basically a music and light show projected around the whole room set to pumping music.

Thankfully, no beer is sprayed over you!

After that you get to sample a Heineken served in a typical dutch half pint glass.  The last part of the experience is about sport, music and has other interactive elements like photo-booths and games. It’s certainly built for the millennial into their own Instagram feed, with lots of opportunities to pose for the camera. 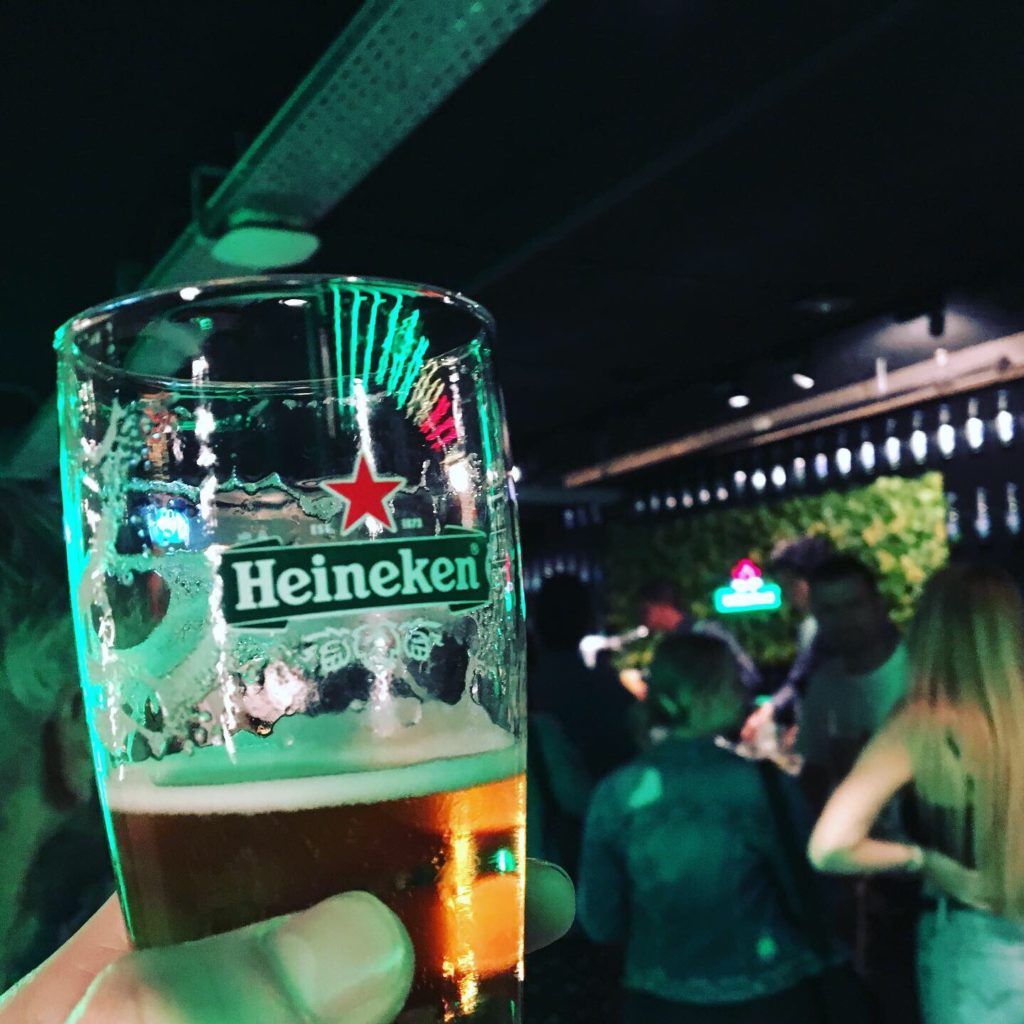 Next, there’s a bar where you can use the two beer tokens off your wristband to sample some more beer (or any others you find!). 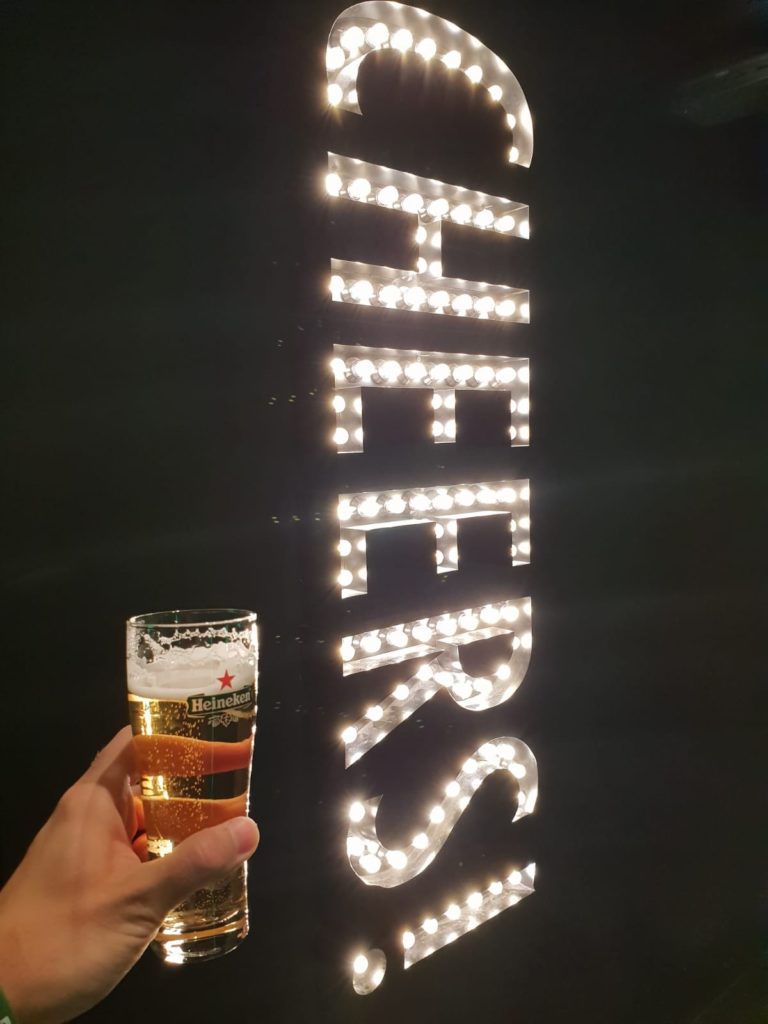 Overall, it was fun, especially with a group of friends. I did not get a sense of a ‘Dutch’ company but a global one.

This is unlike the Guinness Storehouse, which exudes ‘Irishness’. Although many drinkers in the UK may think the Heineken brand itself is not the best-selling ‘brand’ (Carling is in the UK) it is in fact the largest brewer in the UK and Europe.

It is plain to see when travelling just how powerful the company is, with Heineken and Heineken-owned brands being everywhere. 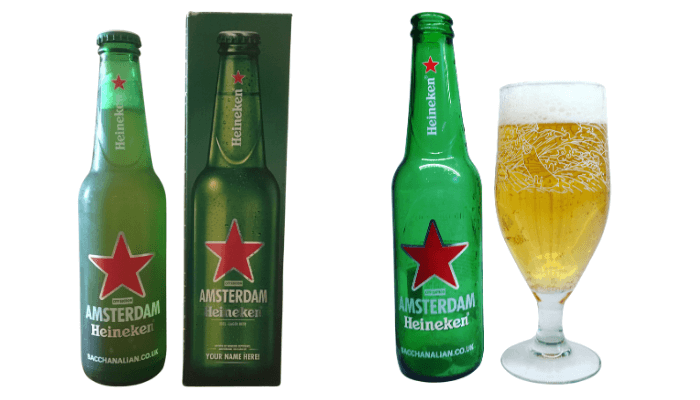 As you’d expect there is an extensive gift shop. I picked up a bottle of Heineken with Bacchanalian’s web address on it. A collector’s item!