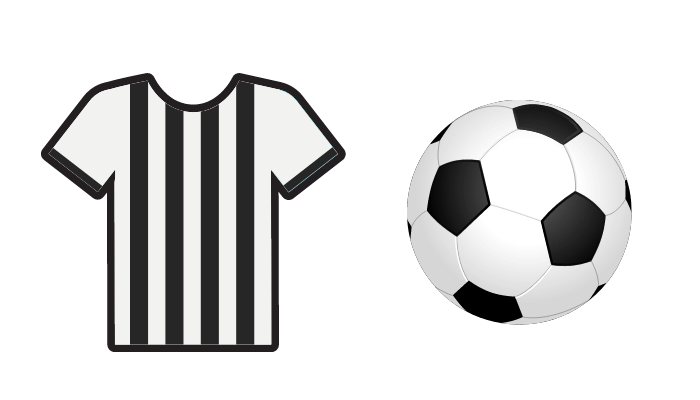 Neil Walker started a genius thread last month on Twitter by kicking off with a pic of North Brew’s Springwell Pills alongside France’s 1998 away shirt. He issued a challenge – ‘Craft Beers as 90s football shirts’. This caught the imagination of many and it is clear that modern craft beer can designers still have their Panini sticker books.

Lloyd followed up with a great match for France’s home shirt. These shirts are true classics, as France famously won the World Cup in 1998 as hosts. Game on!

From the same World Cup, here is the Croatia away kit from 1998 and a hazy IPA called ‘Balkan Affair’. I guess that is cheating, as it’s just the Croatian flag.

Staying with the international theme, the Dutch kit matches well with this one.

I remember Manchester United’s Mark Hughes terrorising defenders in this one. I’m not sure if two cans of beer means this loses points or gains points. We’ll have to go to VAR on that one.

I’ve suspected @pilotbeeruk and the United 92 to 94 away strip. pic.twitter.com/dZDUmmiI3d

I just knew a Norwich kit would turn up in this thread.

So, the 90’s contained some truly horrific football shirt designs. But goalkeepers shirts were by far the worst culprit, causing many a fan to adjust their aerial during Match of the Day.

Big up the villa. Maybe 90s keepers jerseys are cheating a bit… pic.twitter.com/yWJnoUQCNz

Some kits are almost an exact match, like this QPR kit and Elvis Juice from Brewdog.

Fallen Acorn deliver with both the beer and the shirt in the same photo.

Outside of the 90, things get a little easier. Other decades do have their fair share of dodgy kits, but perhaps not as famous as those 90s eyesores.

See also  How to Order a Beer Around the World

I quite like this paisley design from Man City, as modelled by Raheem Stirling.

Having said that, this one hurts my eyes.

Totally cheating against the 90’s theme of this thread but this beer #Nanogram IPA from @atombeers that I mean to order at some point just because it’s a dead ringer for @Only1Argyle 2017 away kit!
>#Disco pic.twitter.com/RW1QhroZG8

By the Horns here actually have a can inspired by the team and the shirt. The Crazy Gang is what the Wimbledon team were known as in their heyday.

The best I can come up with was a kit from the current season I like and Guinness, which isn’t even a craft beer. Own goal.

Check out the full thread for more great matches. What’s your favourite?