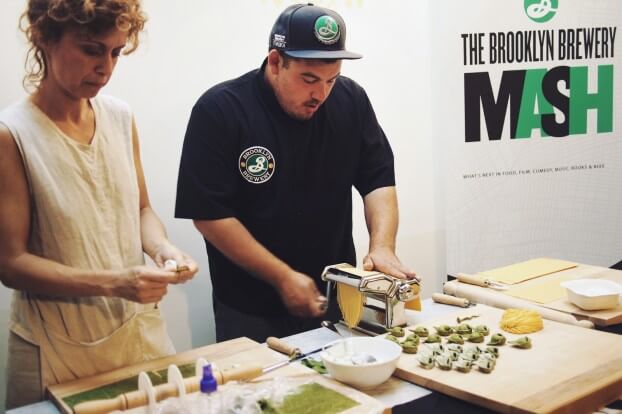 Beer and carbs: pretty good mates right? As part of the London leg of Brooklyn Brewery’s epic Mash world tour – which celebrates local heroes of food, comedy, music, and of course beer – they teamed up with a boutique pasta shop in Shoreditch for a magical Monday evening of brews, pastas and chatter. We went along to learn a thing or two from the pros, from rolling our own tortelloni to choosing complementary beers to quaff with various regional Italian dishes.

The event took place at Burro e Salvia on Redchurch Street. Nestled amongst the street art and sleek designer boutiques, this little pastificio was founded last year by Italian sfoglina (pasta-maker) Gaia Enria, who quit her job in PR to bring to London the skills she learnt from elder sfoglinas in her hometown of Piedmont. The petite, stylish shop serves up a rotating menu of fresh pasta dishes every lunchtime, and also offers take-home fresh pasta as well as hands-on workshops to get a taster of the skills involved. 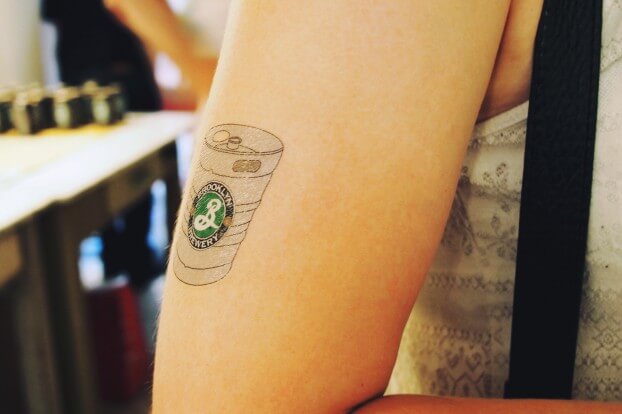 Sipping on ice cold Brooklyn Lager cans at the back of the shop, we learned a little about the regional differences in Italian pasta making from Gaia. The north, including the Piedmont region, was always traditionally better off than the south, which is reflected in the pasta styles typical to them. Gaia told us that North Italian pasta is typically enriched with eggs, a luxury item, while the south uses harder durum wheat or semolina and tend to dry out their pasta rather than eat it fresh.

We switched to a taster of Brooklyn’s Sorachi Ace saison as Brooklyn Brewery Chef Andrew Gerson took over talking duties. Firstly he gave us a brief introduction to Sorachi Ace: the hop was developed in Japan in the 1980s but proved too strong for local tastes, so Brooklyn snapped it up. They wanted to make the zingy lemon-zest hop the star of the show so it’s given a simple backup of Belgian yeast and pilsner malts for a clean, sunshine-fresh flavour.

A super refresher and palate cleanser for the warm London night.

As he talked, Andrew demonstrated how to make taglierini, a classic thin ribbon pasta. The dough consistency is important: not too wet or dry, with a pliability and ‘bounce’ that comes from letting the gluten develop via kneading, resting and rolling. Flouring should be kept to a minimum when rolling to avoid letting too much undeveloped gluten into the dough which can cause seizing and toughness. Fresh eggs are also key, providing the natural yellow colour as well as giving richness to the dough. Andrew also experiments with different flours, such as spelt, rye and chestnut: a ratio of 2:1 ‘00’ to speciality flour is recommended. The dough may be rolled and cut by machine or hand: machine is quicker but hand produces a pleasingly rustic finish. Taglierini made, he zipped upstairs to cook it for us while Gaia took over to demonstrate a filled tortelloni. 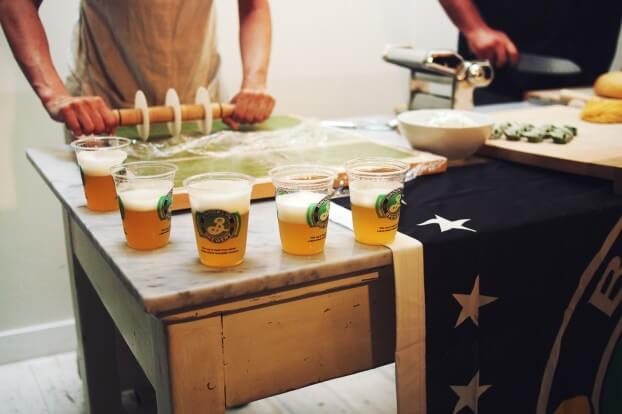 As she worked, Gaia explained some of the ingredient combinations they use at Burro e Salvia. She works with her chef to ensure the recipes are seasonal, complementary, and most importantly, authentically Italian. She has not caved to customer requests for non-traditional fillings like beetroot or curry yet – though she did once concede to flavourlessly colour a dough with beetroot puree, which became a bestseller.

Burro e Salvia offer a few year-round classics like spinach & ricotta and Norma (aubergine, tomato and parmesan), with ever-changing seasonal specials like a wintry pork and mortadella ravioli in cream sauce. She tries to strike a balance between using local ingredients from an ethical point of view (dairy, vegetables and eggs are sourced within the UK) supplemented with selected Italian produce to maintain that all-important authenticity. 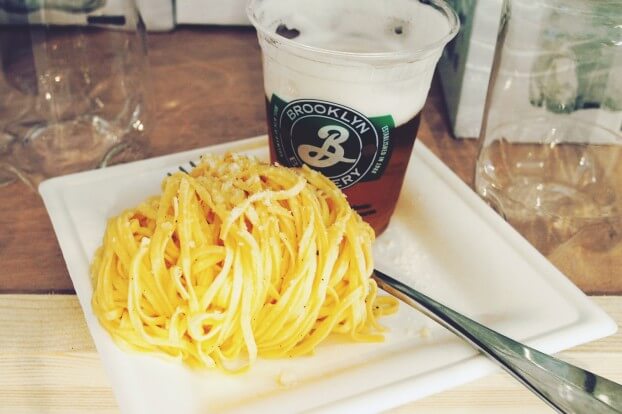 Andrew re-appeared with plates of his taglierini, simply boiled and tossed through a buttery parmesan and sage emulsion. With pasta so good and fresh, a light sauce like this is all that’s needed to complement the flavour and texture. Paired with the pasta, we drank a Brooklyn Local One. Andrew explained that this 100% bottle re-fermented golden ale develops a toasty, umami character that matches the parmesan, while Mauritian cane sugar brings out the sweetness in the butter. A subdued hop profile lets the aromatic sage take centre stage. 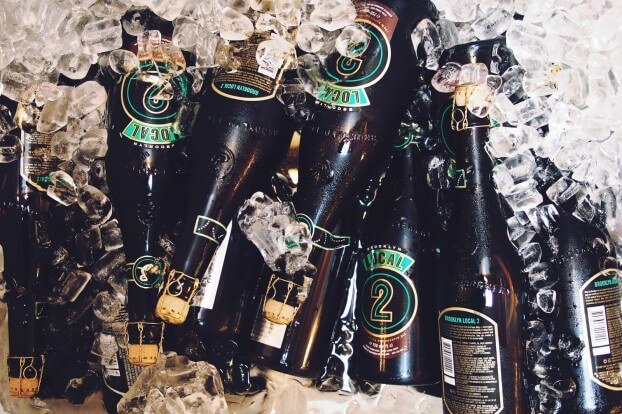 Gaia’s spinach and ricotta tortelloni was served next with a simple tomato ragu, washed down with Brooklyn Local Two. This brew has the same hop and malt profile as One, but with the addition of orange peel, Belgian caramel sugar and New York wildflower honey to make a darker Abbey-style ale.

Andrew suggested it goes particularly well with slow-cooked smoky meats, as well as picking up on the fruitiness of the tomato sauce and the warm nutmeg spicing inside these tortelloni.

Palates almost fully sated, we finished the night with a drop of the very special Cuvée Noire, a limited edition powerhouse that defies categorisation: a treacly, toasty stout given six months in bourbon barrels to develop notes of vanilla, coconut and coffee. Oh, and then it’s 100% bottle re-fermented for good measure. Perfect as a post-dinner digestiv or replacement for port with dessert or cheese. Grab some while you have the chance. Thanks to Brooklyn for putting on such a great free event as part of the London Mash.

Words and photos by Katie Marcus.