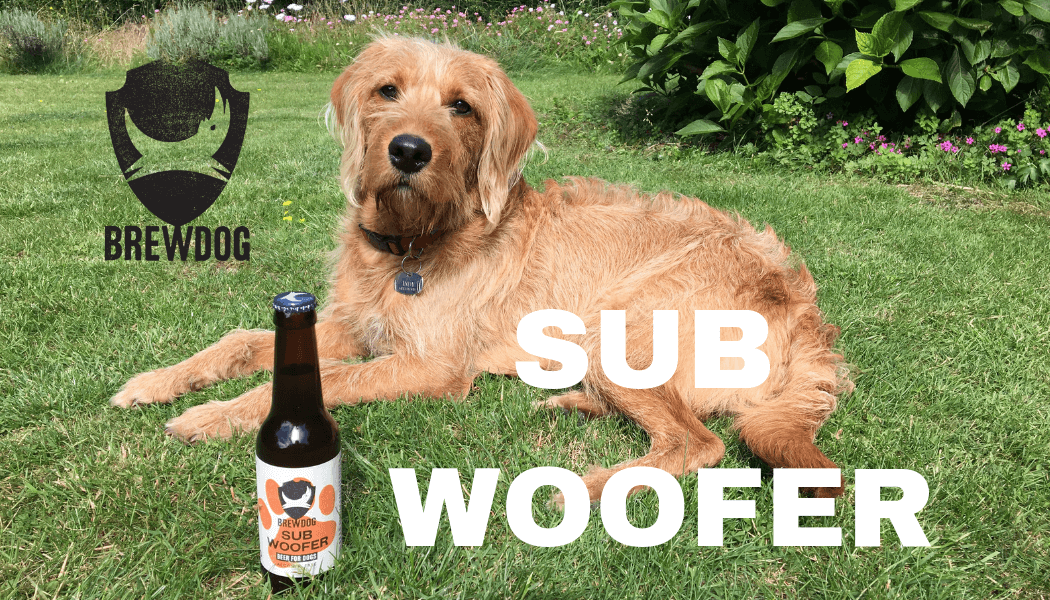 I am often joined by my dog Indy on visits to taprooms and pubs. He’s generally a good pub dog, snoozing underneath tables, scavenging for dropped food and accepting attention from strangers. It’s a shame he can’t partake in having a beer himself.

I’ve tried to include him in my hobby – previously he has tried a dog beer called ‘Bottom Sniffer’, although he didn’t seem to have much of an opinion on it.

Luckily for Indy, I’m not giving up. It seems Brewdog have finally lived up to their name and brewed a beer for dogs.

Called Subwoofer, this was released in November 2018 and is designed especially for our four legged friends.

I thought the recent warmer weather was perfect for a trial.

The ingredients are water, non fermented sweet wort and natural beef flavour as well as a few additives. 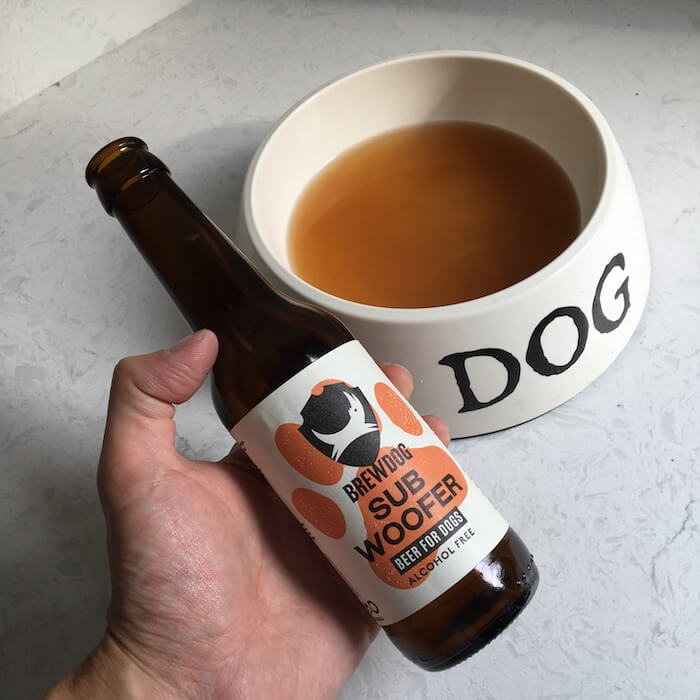 Subwoofer is certainly a lot darker than Bottom Sniffer and has a much stronger meaty odour. It seems to be a bit like sweet beef stock, although I’d suggest sticking to your real ale for your pie filling.

It’s served at room temperature. I placed the bowl in the garden and it was not long before Indy was lapping it up. 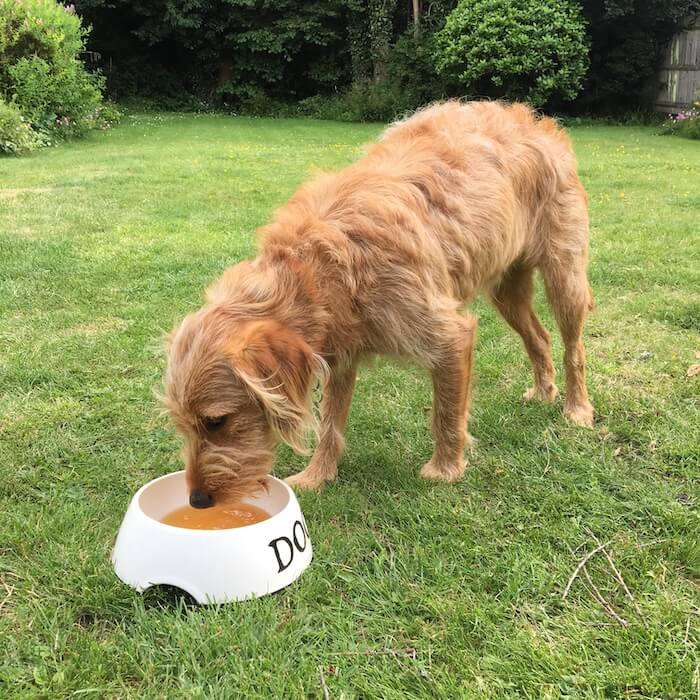 Surprisingly, he kept returning to the bowl, and it was emptied in just a few minutes. Steady on!

Indy rates this as five tail wags out of five.

Subwoofer was bought from the Brewdog Store. It is proving popular and often is out of stock!

See also  Rodney and The Horse Meets The Beak at Vinoteca