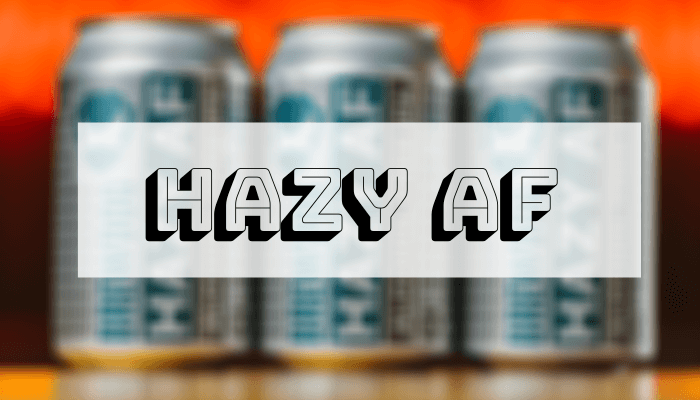 Brewdog has had great success with their Hazy Jane beer, a New England IPA. So much so, they’ve used this name and style as a base to build a range on. This is much like they have done with Punk IPA, where they have expanded with Punk AF, Funk X Punk from Overworks and ‘Double Punk’ which is currently being tested out on Equity Punks.

If you’ve previously enjoyed Hazy Jane and you find that it’s not the same beer as it was, you’d be right. The ABV has been stripped of potency – now it is a more sessionable 5% ABV. The original 7.2% version has been renamed to O-G Hazy. Upset? Don’t be, if you like the extra strength you can even get your hands on Triple Hazy, a scarily drinkable 9.5% ABV beast, which I tried as part of their AGM box.

But that’s not the only ABV fiddling going on – Brewdog have also released a great alcohol free variant to the line-up – Hazy AF.

This beer follows Punk AF in being a step forward for readily available non-alcoholic beers and could fight the Macro lager giants for shelf space in the supermarkets.

Hazy beer is not loved by everyone, but the methods used in creating these New England styles works well with a non-alcoholic beer – oats and wheat help provide body and smoothness, something hard to achieve without alcohol. 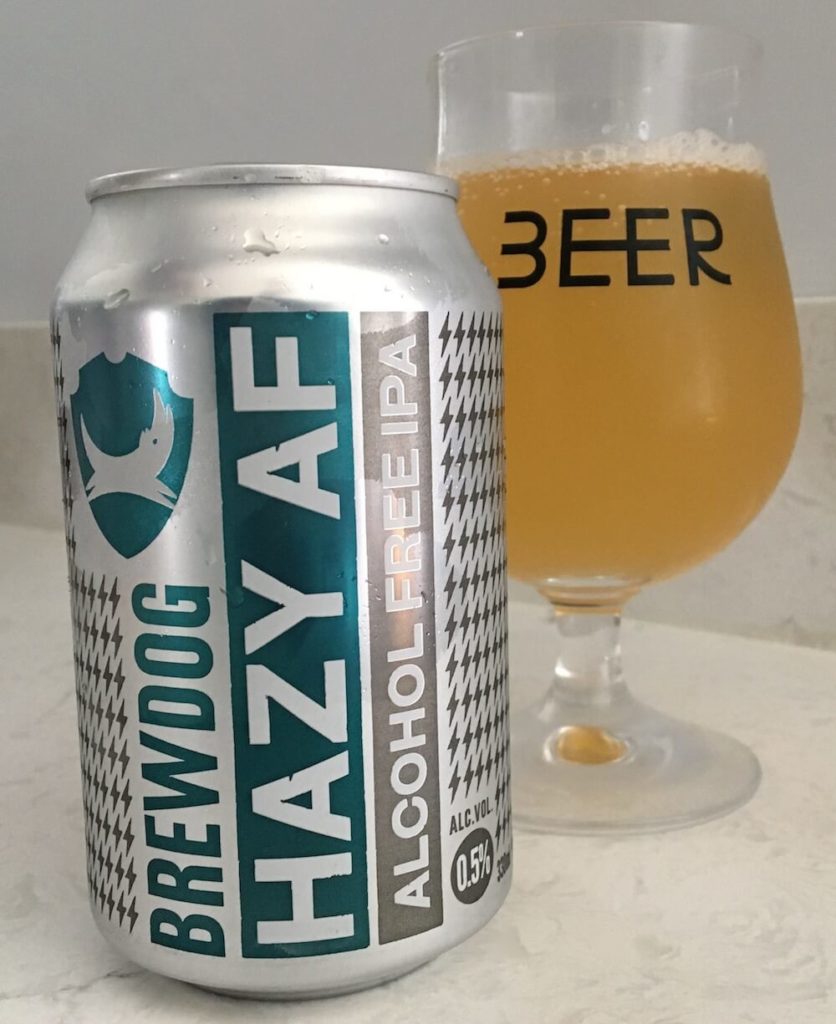 There’s also a feast for the olfactory system. The hops are fragrant with fruit, and deliver on the promise with juice in abundance. It’s not quite a big hitting juicy Milkshake IPA, but that’s no bad thing. This is lighter, less sweet and some would say, less sickly.

Over the past few weeks in lockdown, this beer has been a welcome and tasty treat after lunchtime when the sun has been shining. Useful when saving up the beer points and helping with moderation throughout the week, but still giving a good dose of hops and refreshment.

Does it topple the excellent alcohol free Ghost Ship from my mighty list of the best non alcoholic beers? Well, that may come down to personal preference. It’s certainly up there, and perhaps more suited to summertime drinking whereas if you dislike New England style beers then you’ll find it hard to beat the Ghost Ship.