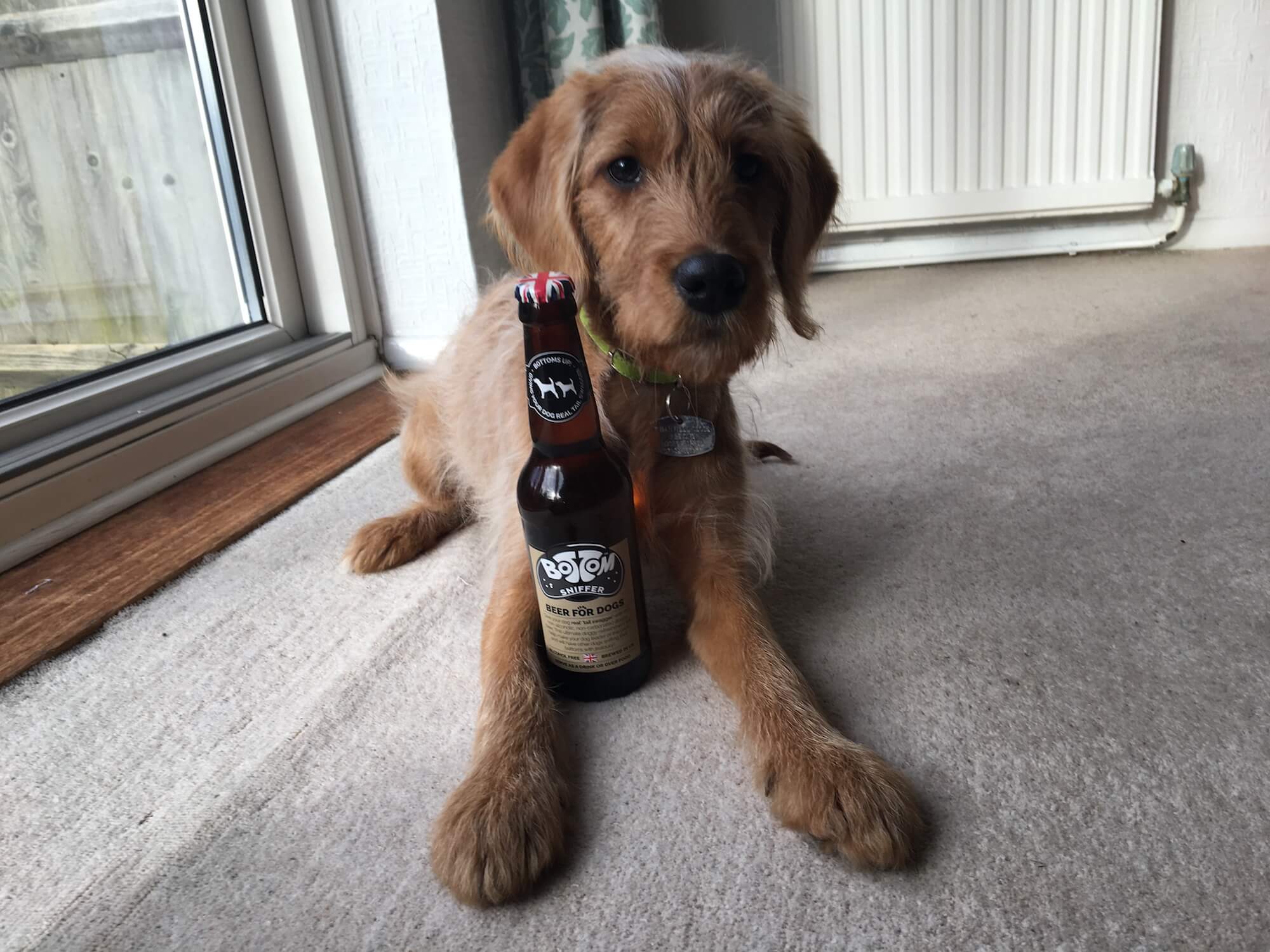 He’s a Labradoodle. A rather scruffy one who seems to have white and sandy hair.

He’s now four months old and its readily apparent that this rather scrawny pup has a large appetite.

For instance, at his doggy day care he has a reputation. Recently, he broke into the room where the dogs packed lunch is stored, and scoffed the lot.

Being none the wiser, I didn’t notice any change in behaviour as he rapidly gobbled his supper that evening.

With this in mind, I thought I’d test him to see if he would like beer.

I’m not a monster, I know alcohol is pretty toxic to doggos.

Even if this was not the case, Indy is not going anywhere near my stash – he can have his own, specially formulated murk.

So what we have here is ‘Bottom Sniffer‘, a widely available brew for canines! 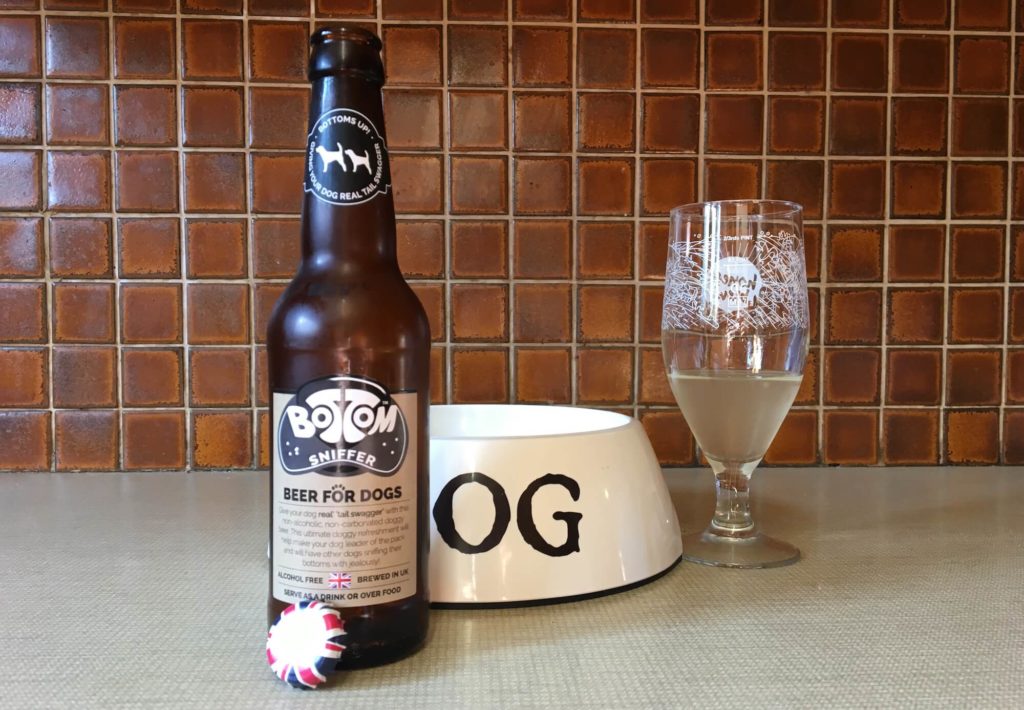 As well as including the most dog related puns a team has ever pulled from tabloid headlines, the bottle seems to imply that the drink can make even dogs bottoms smell nice to other dogs.

I’m sorry, but that is just odd, and not something I’m willing to test.

Is it a true beer? Well, not in any modern or palatable sense.

It’s not carbonated and contains no hops or alcohol. However, it does contain unfermented beer wort. The ingredients listed include chicken flavouring, seaweed, burdock dandelion and nettle. Yum!

After having chilled it, I let Indy loose.

He did lap up rather more of it than his water, but it has been hotter than usual this weekend so it’s hard to tell if he really likes it.

To see if I could get him to drink more of the ‘beer’, I threw a few treats in the bowl. This gave him a fun game of treat bobbing. Fun to watch, anyway. 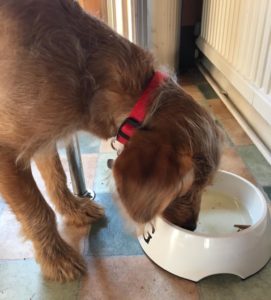 After having had his fill, making a mess, and leaving a good 3/4 of a bottle left, I asked Indy how it was.

He stared at me and did not reply. Instead, he ran off to grab one of my trainers from the hallway.

With that attitude he’ll be lucky to get any more treats.

So, it’s hard to say if Indy’ll start to attack my beer stash any time soon. One thing’s for sure, I certainly won’t be getting a taste for dog beer.

I took two sips and poured the rest back into his bowl.

If you fancy trying this concoction on your hound, then it’s pretty widely available.