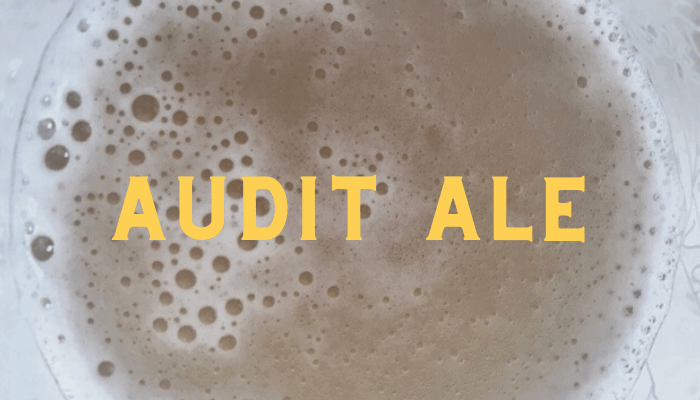 Lockdown has meant many people are looking to local suppliers for their food and drink, and a number of breweries have gone online and offered home delivery for the first time.

However, my first local beers for lockdown were from Westerham Brewery taproom. I stocked up as I was driving past the day before before the full lockdown came into effect, so was good timing.

Although not cheap, the quality is consistent, and the range of beers can fulfil many needs – from traditional ales to modern IPAs. They are now delivering live beer in minikegs and larger sizes as well as cans and bottles. 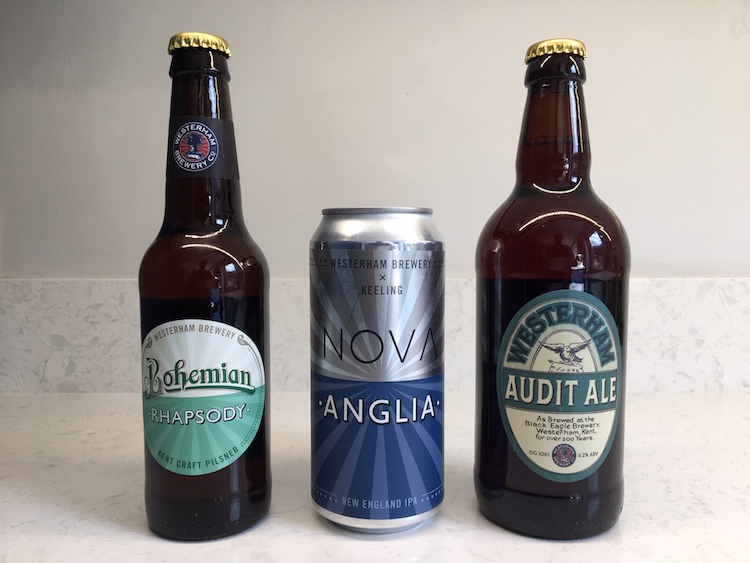 I ended up with a box of Nova Anglia NEIPA, brewed in conjunction with John Keeling,  a six-pack of Bohemian Rhapsody, a Czech style pilsner, plus a couple of bottles of Audit Ale, which is what I will talk about here.

This ale is from a recipe conceived by the Black Eagle Brewery, a long-closed brewery which was based in Westerham. Westerham Brewery, founded in 2004, uses Black Eagle’s yeast strain, and has used a dusty old recipe book to recreate some of the ales previously famous in the region.

Audit Ale is a strong ale at 6.2% and is stated to come from a style around 200 years old and known to be brewed by the Colleges of Oxford and Cambridge for the annual ‘Audit Feast’.

This was a special ale, historically brewed in October, one of the best months for brewing, to be ready by springtime. This was the time when landowners collected rent and auditing of accounts were conducted. The tenants would be invited to celebrate at a feast, quaffing the special ales and talking business.

The brewing history archives about the style indicate that not only was Black Eagle’s Audit Ale supplied to Clarence House (where Prince Charles hangs out when he is not in Self Isolation) and to Churchills’ gaff in nearby Chartwell, but also how it was made at a time when the style was rare;

“… the Black Eagle Brewery in Westerham (Kent), who made many award-winning ales for the London market, produced on a small scale, bottled audit ale, at a time when there were but three breweries in England producing this potent brew. Similar to the production at Trinity and Queen’s colleges, the audit ale was matured in casks for one month then in bottles for nine.” 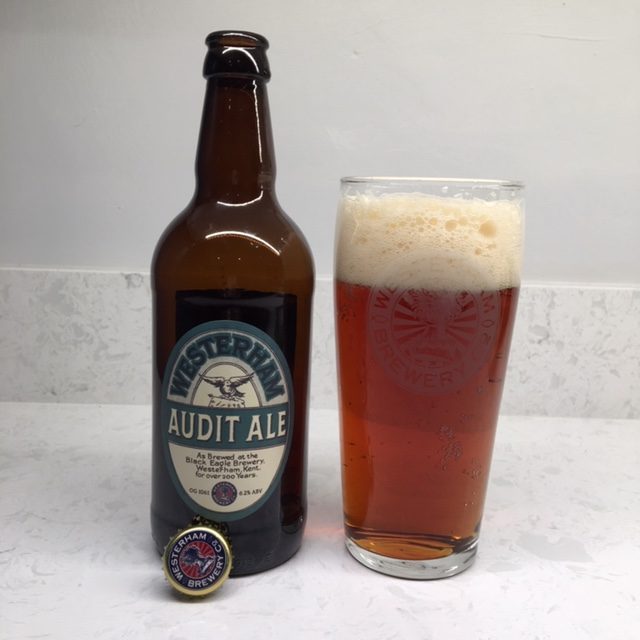 I don’t know much about accounting, but I do know something about auditing websites, so it suits me fine, plus it is pretty much a new financial year, so the timing is spot on!

The recipe Westerham uses is from 1938. For me, it’s stood the test of time, with complex, fruity notes from its distinctive malt character. The sweetness is balanced by a satisfying and potent bitter finish.

Smooth, boozy and with bags of flavour, this ale is a winner – it certainly passed my audit.