Punk IPA vs Aldi’s Anti-Establishment IPA – Can I tell the difference? 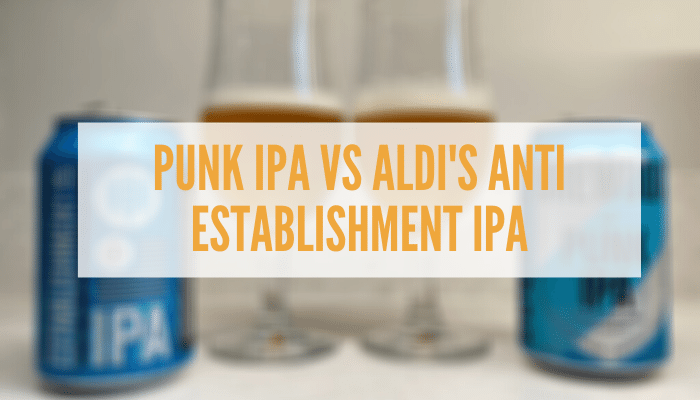 I’ve been trying to limit my social media consumption lately, which had got a bit out of control during lockdown.

But, something caught my eye recently over on Twitter – it appeared a new beer released by Aldi bore more than a passing resemblance to Brewdog’s Flagship Punk IPA.

The can looks similar to the old branding of Punk IPA, is the same 5.6%, with the addition of what looks  like the old Fourpure logo.

Aldi are well known for their copycat beers of well-known brands and it did not take long after it arrived on shelves before it was  picked up by the beer community, including the founders of Brewdog.

This did not annoy James Watt of Brewdog though – they produced an image of an ‘ALD IPA’ – using Aldi branding. Aldi did not seem to mind this either, and after a bit of back and forth, they agreed to sell it in stores!

We would have gone with ALD IPA, send us a crate and we’ll talk? https://t.co/seFaTVmRlv

This beer may take a while to be sold by ALDI, but let’s hope it hits the shelves head to head against the Anti-Establishment IPA.

This kind of thing should be applauded, and I admire the speed of mocking stuff up along with the good-natured banter – rather than going straight to the lawyers.

In light of these shenanigans it’s perhaps more difficult to judge which company is being more punk, or which represents the establishment.

With that in mind – I thought I’d taste Anti-Establishment IPA alongside Punk IPA.

I’ll compare with a basic tasting, then try a blind taste. 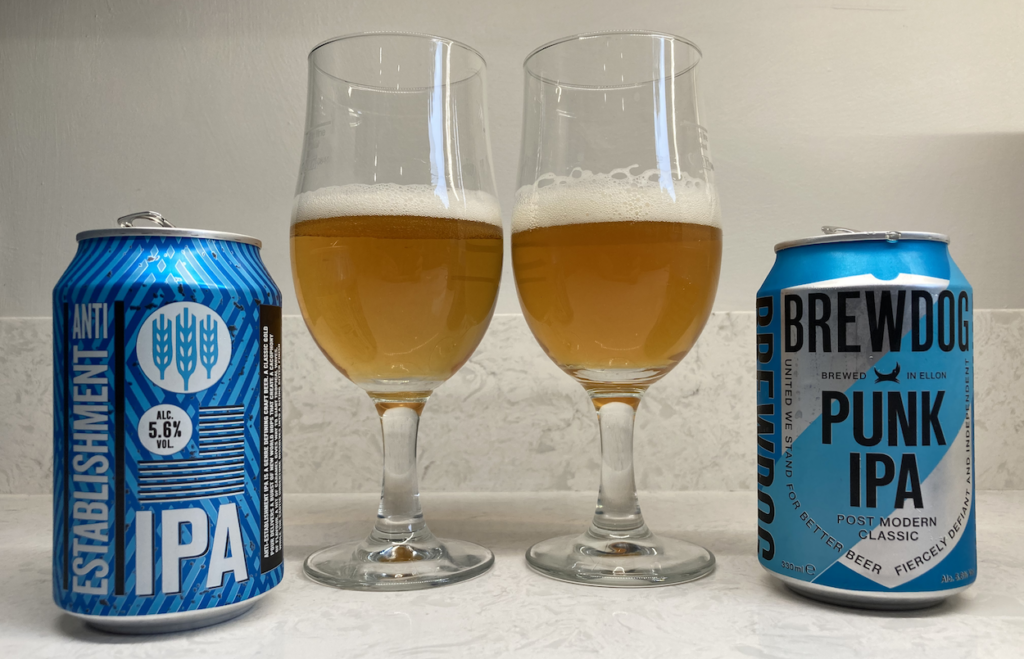 Both golden and lovely looking beers. The Punk is darker, if very slightly. It also has a haze to it, compared to the Anti-Establishment IPA. This difference should be able to ensure they can be told apart – in different glasses it would be more difficult though!

I get a grapefruit and citrus aroma from the Brewdog. For me it is less pronounced in the Anti-Establishment IPA. I will have to see if I can blind smell this. Blind smell? Is that a thing? If it isn’t it should be.

Good balance, with the citrus hops in full flow. Both beers are pretty delicious. Slight edge to the Punk IPA but not as much as I thought it would be. Drinking both at once is a lot of fun. NEED MORE!

The finish is very similar indeed, both with a delicious bitter bite as you want from a hoppy IPA of this strength.

After the previous side by side tasting I was able to guess correctly pretty easily from the look and the taste in a blind test, despite my wife saying I’d got it wrong. I was pretty shocked and doubting my abilities for 5 minutes until she fessed up that she was “’aving a laugh”.

For me I’d always opt for the Punk IPA – what with it being cheap anyway, and as a very small ‘Equity for Punk’ shareholder I feel I have an obligation too!

Having said that, for a beer from ALDI, this is certainly one of the better ones and I’d gladly have it again in large quantities if given the chance. 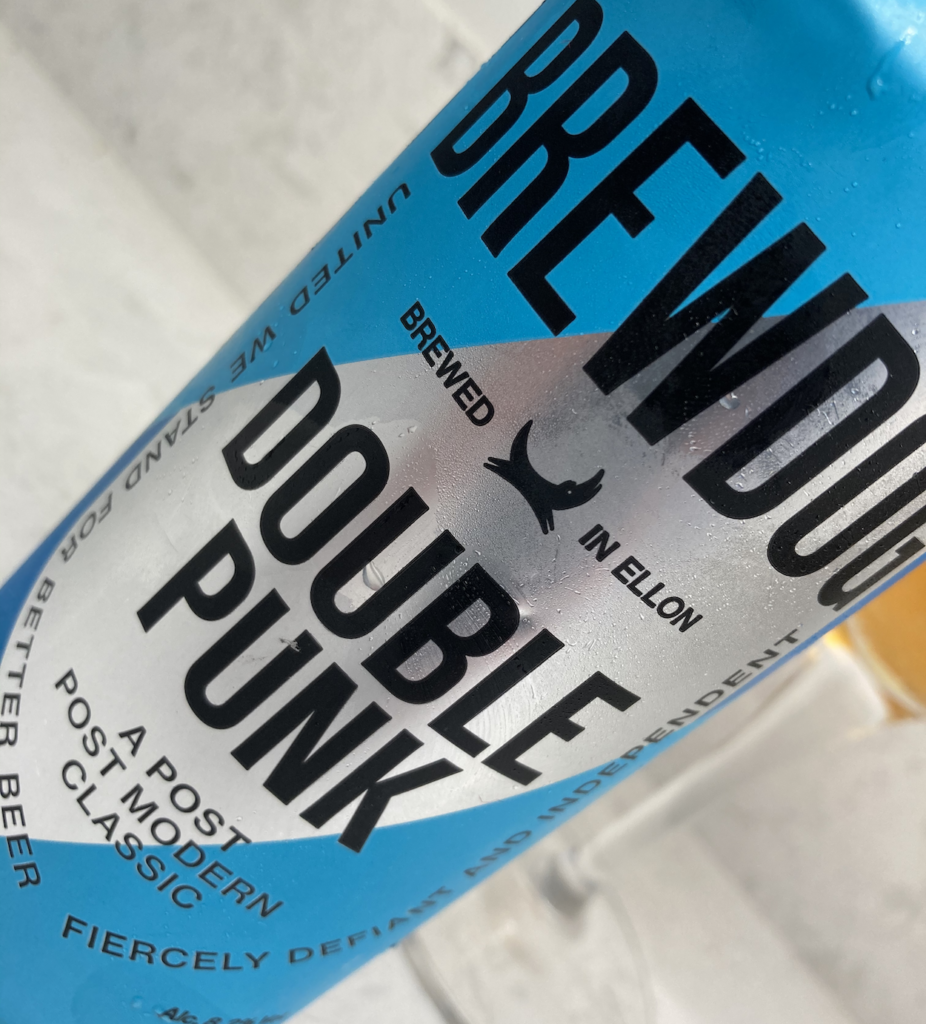 My evening finished with a ‘Double Punk’ which is an amplified version of Punk IPA which is now widely available in Tesco. Pointless to try a blind taste test of this beer against the others as at 8% it’s is a boozy DIPA. There’s a lot of sweetness balanced with a double hit of bitterness from the increased hopping. This sparkling golden beer is a marked contrast to the yellow tidal wave of Hazy New England double IPAs which are around this year. With Double Punk you can taste a West Coast lineage back to Punk IPA, which is the point.