1001 Beers You Must Try Before You Die Book Review 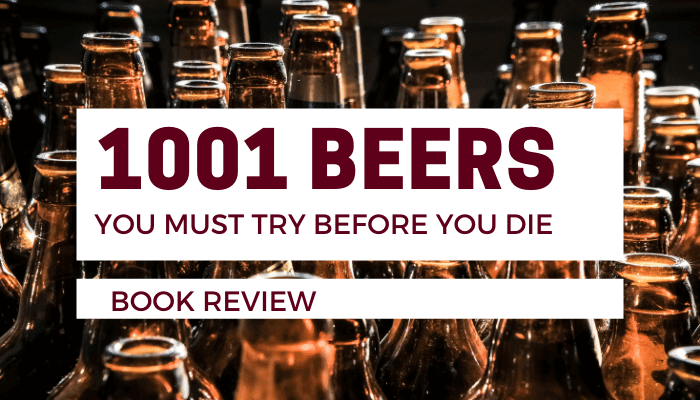 1001 Beers You Must Try Before You Die is a book put together by many authors, with well-travelled beer writer Adrian Tierney Jones on editing duty.

As the title suggests, the book lists 1001 beers of note with images, tasting notes and a short story about the beer, brewer or brewery. The beers are separated into five sections which group the beers into categories based on colour: amber, blond, white, dark and speciality beers.

It’s not just those which are historic, interesting or ‘the best’ beers which make the list, as often derided (sometimes ruined) lagers from Macro brewers around the world can be found inside. Let’s just say the self-proclaimed ‘King of Beers’ somehow makes it in. However, these beers can’t be ignored for their often unusual brewing methods, cultural importance to their countries of origin or significance to the modernisation of the industry. 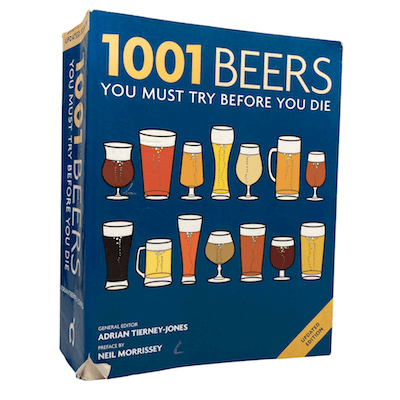 My dog-eared and dog-chewed version dates back to 2013 and although most of the beers are still in production, there’s a few which seem lost or have not been brewed for some time. Would all the beers make a list of the ‘best’ now? Doubtful, as there’s certainly new beers released which are far better than many of those included. The current version available to buy is the 2018 version, so is likely to include more up to the minute breweries (and their beers) which may stick around for longer.

When funds allow, I’ve given a go at sourcing many of the beers available from a list I’ve created on Untappd. The list I found on Ratebeer does not match mine, so I assume there are some minor differences to the book found in the States, or it is from an earlier edition.

The book’s speciality pages have been an excellent reference in the last few years, as my interest in beer has taken me to try styles such as Flemish red and Geuze. I’ve found I’ve really enjoyed trying beers like Lindeman’s Gueuze Cuvée René and Boon’s Oude Geuze which I’d likely have not picked up otherwise.

Although I’m some way off trying many of the beers listed, I still find ‘1001 Beers’ useful to revisit as a reference book. I dip in and out when trying a beer for the first time or seeing if I pick up the same flavour and aroma profiles as recorded. Unlike lots of these type of books that are given as gifts and never touched again, I refer to this hefty tome on a weekly basis…depressingly or maybe it’s a good thing that it’s probably the most-read book in my house…

I can certainly recommend this book as a gift to the beer lover, it works as a coffee table read or as a useful reference for those on their beer journey. Just don’t try and drink all 1001 beers in one sitting!